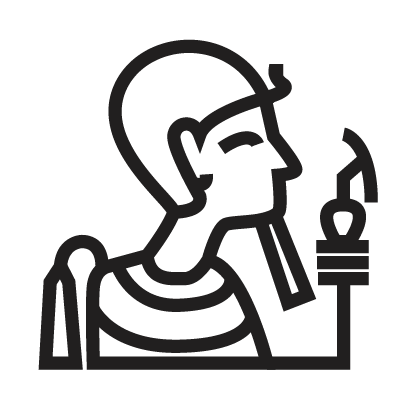 Ptah, in Egyptian mythology, is the creator god, patron of arts and crafts, especially revered in Memphis. Ptah created the first eight gods (his hypostases – Ptahs), the world and everything that exists in it (animals, plants, people, cities, temples, crafts, arts, etc.) “with a language and a heart.” Having conceived creation in his heart, he expressed his thoughts and commands in words. Sometimes Ptah was called the father of even gods such as Ra and Osiris. The wife of Ptah was the goddess of war Sekhmet, the son was Nefertem, the god of vegetation. Ptah was depicted as a mummy with an open head, with a rod or staff, standing on the hieroglyph, meaning the truth.